The Gift of LIFE 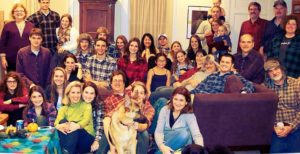 She couldn’t believe how quickly LIFE had passed.  There was not much she would have done differently in her life.  She was raised to work hard, live with integrity, extend mercy to those in need, and live like it was her last day on earth.  Margaret, had lived up to the LIFE molded by her mother. It had challenges and defeats along the way, but she had been educated on how to effectivly overcome them.

As she laid there drawing her final breaths of LIFE, she looked around at all the loving faces that would spend the last moments with her.  They would never forget that Christmas Eve as long as they lived.  Margaret had spent her last 3 days telling the story of her LIFE. She recalled countless adventures, victories in dark moments, and love beyond compare. On Christmas Eve, her last day, she told a story that would change the course of her family for generations to come. That night, Margaret revealed a truth that had been hidden for 90 years.  Margaret was an unplanned pregnancy, and even though abortion wasn’t as common at that time, her mother still attempted to have one.

Margaret’s mother Eliza, was raised in a very poor home, with hardly enough food to feed the present family. Eliza was so overcome by fear and guilt, that she planned to eliminate the problem before anyone knew.  Back then it wasn’t easy to get an abortion, and with no money, she would have to rely on a friend to help her.

That night Eliza would encounter a stranger that would change LIFE forever.   Eliza never met up with her friend that night, instead she met a woman on the road there.  The weight of what was about to happen weighed so heavy on Eliza that she could hardly walk.  When she met the stranger on the road she felt the urge to pour her heart out, for she could not hold it in any longer. The woman listened intently to the young girl’s desperate plea for help.

When Eliza finished talking, the lady put her arm around her, and told her the story of her own unplanned child. She knew the fear and guilt Eliza was feeling.  The stranger talked Eliza through the confusion she felt. After talking it out Eliza realized there was hope in what felt like disaster. The stranger became a good friend and Margaret was born that August.

Margaret was blessed that the stranger came along, if not for her she would have never enjoyed the life she was so fond of.  30 people heard the story that night, and 25 of them would not have been there if Margaret would have been aborted.

Margaret died later that night, they held each other in silence realizing how truly precious LIFE is.  That year Christmas was much more meaningful.  They might have had some nice gifts that year but it is doubtful they remember what they were.  What they would always remember was the gift of LIFE Eliza gave them.

Maybe you are in the same position Eliza was in, and you don’t know where to turn.  OPRC is here, we are much like the stranger in the story… the stranger that became a friend.  We understand the fear that you are going through.  The decision is heavy, and you don’t have to carry it alone.  Come in and talk it out, we want to help you make an informed decision. We want  you to feel good about the choice you are making. There is always hope, even in what feels like a disaster.