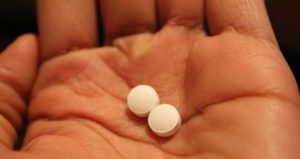 A positive pregnancy test is one of the most life-changing moments for a woman.

Never is it more important to base your decisions on accurate information.  Try to think beyond the pressures you face right now and consider the long-term impact of your choices. You may have considered—or someone around you may have suggested—having an abortion. Don’t let anyone rush you into a medical decision before you understand the medical and emotional risks, and have considered your options. One of the options you may have been offered is the abortion pill. The
following information is intended to help you understand the process and risks of medical abortion.

When can a medical
abortion be done?

• This method of abortion is only approved for use if it’s been 70 days or less since the first day of your last menstrual period.
Doctors call this “LMP.”
• When did your last period begin? • How many days has it been since then? _________days

How is a medical abortion done?

According to the official safety guidelines issued by the Food and Drug Administration (FDA), a medical abortion requires
two office visits:
1. At the first abortion-provider visit: A woman takes one mifepristone pill, also known by the brand name Mifeprex®. This pill contains a drug that cuts off the supply of blood and nutrients to the developing embryo.
2. 24 to 48 hours later: The woman will take another drug, misoprostol, also called Cytotec®. This causes the uterus to
contract and expel the embryo.
3. Seven to fourteen days later: The woman will have a second visit with her abortion provider to confirm that the abortion is complete.

You should know . . .
If an abortion provider doesn’t follow the safety

guidelines required by the FDA (and not all do),
your health could be at significant risk.

What should a woman expect afterwards?

• She should expect to have vaginal bleeding or spotting for an average of 9 to 16 days.
• Up to 8 percent of women may experience some bleeding for 30 days or more.

You should know . . .
Because of the potential for serious health
risks, an abortion provider will typically
schedule a follow-up visit to evaluate the
woman’s health

Are there potential side effects from taking these medications?

Are there health conditions a woman needs to tell her doctor about?

Yes—a health-care professional should be made aware of any of these conditions because a medical abortion is not safe for people who have:
• high blood pressure
• heart disease
• bleeding problems
• diarrhea (12–40%)
• fatigue (10%)
• cramping & pain (96%)
• anemia
• uncontrolled diabetes
• an IUD in place

What kind of track record does the abortion pill have?

• The abortion pill is used in about 25% of early abortions, according to the Guttmacher Institute.
• For 1 to 4 percent of women, the abortion pill won’t result in a complete abortion and they will still need a surgical abortion to
terminate the pregnancy.
• The FDA collects information about the drugs they approve to help people understand some of the risks they face in choosing certain treatments.

What warning signs should a woman watch for?

If within the first 24 hours after taking mifepristone and misoprostol a woman experiences the following symptoms,
she should contact her health-care professional right away:
• heavy bleeding that soaks through two thick, full-size sanitary pads per hour for two hours
• persistent stomach pain or discomfort
• weakness
• nausea
• vomiting
• diarrhea, with or without fever
• fever of 100.4° or higher for more than four hours
These symptoms, even without a fever, may indicate a serious and possibly fatal blood infection.

It’s very important for women to follow the safety guidelines

According to the FDA report, eight women have died from a severe bacterial infection in their bloodstream.
• Seven of these women had the misoprostol inserted in their vagina and one used the drug orally.
• Each of these women became ill very quickly and died from a fast-growing infection.

Are there any additional safety concerns to be aware of?

• The abortion pill can mask symptoms of an ectopic pregnancy, which can be very dangerous (see next section).
• Some abortion providers recommend taking the misoprostol pill vaginally rather than orally. This is hazardous, as introduction
of misoprostol directly into the reproductive tract has been associated with deadly infections.
• A woman undergoing a medical abortion is typically recommended for a follow-up visit because of health risks and the possibility that, in the case of an incomplete abortion, the fetus may remain in the woman’s uterus.
• If this method of abortion is used more than 70 days after LMP, the likelihood of an incomplete abortion increases, as does the risk of adverse health effects.
• Ordering the abortion pill online is a dangerous option — there’s no way to be sure of what a woman’s getting.
• Emergency medical situations may arise from a medical abortion. The symptoms can include continued bleeding, fainting, severe abdominal/pelvic pain, fever (chills, sweats). These can result from an incomplete abortion or infection. If there’s a need for emergency surgery, not all abortion providers have immediate access to a surgical facility.

• This is when the embryo is growing outside of a woman’s uterus, usually in her fallopian tube.
• If the embryo is in the fallopian tube, the abortion pill won’t end the pregnancy and the embryo will continue to grow and could cause the tube to burst.
• Here’s the danger: The cramping and abdominal pain that are normal after the use of the abortion pill are a lot like the symptoms of an ectopic pregnancy. A woman might not realize until it’s too late that she needs to seek emergency care—and this puts her life at risk.
• If a woman has little or no bleeding after taking misoprostol, it could also be a warning sign for ectopic pregnancy.
• An ectopic pregnancy is an emergency—the woman’s doctor or the emergency room at the hospital should be contacted right away.
• The best option is for a woman to get an ultrasound before having a medical abortion.

You should know . . .
The abortion pill will not end an ectopic pregnancy,
which could put a woman’s life at risk. An ultrasound
can help detect such a pregnancy.

Thoughts from a doctor…

Despite its known risks, the abortion pill has been called a major medical breakthrough. In fact, some groups go so far as to say that it’s a real step forward for the health of women, even that it “saves lives.” This is just not true. As an obstetrician, I can tell you that an incredibly special and completely unique person is growing inside of every pregnant woman.
You can see for yourself, at the Mayo Clinic’s website, that just six weeks after your last period, your baby’s heart has already begun beating and he or she has the beginning of arms, legs, mouth, and eyes. Visit mayoclinic.org and search for “fetal development first trimester.” Take time to consider all your options and get counseling from someone who does not have a financial or personal stake in your decision. Then choose well.

If you are pregnant and thinking about an abortion call for an appointment today.  It can never hurt to be informed before making life-changing decisions.