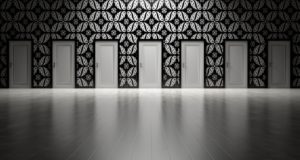 I think we often make statements like “I can’t afford…” or “I don’t have time for…” which are not entirely accurate. “I can’t afford to go to the movies.” But I have an iPhone, don’t I? The truth is I could attend the movie theater regularly if I downgraded to a flip phone. But I love my iPhone, and so I have chosen to make phone payments instead of attending the movies.

“I want to learn the guitar, but I don’t have time!” I caught myself exclaiming to a friend recently. But that’s not entirely true. I run three times a week. If I stopped running, I would have time to play the guitar. But I won’t, because running is more important to me. It’s not that I don’t have time to play guitar; it’s that I choose to run instead of play guitar. “I don’t have time” implies we are helplessly complicit. “I choose” requires us to own our priorities and reminds us that we always, always have a choice.

I think often we use the expression “I can’t” to disguise the truer statement “I won’t.” History is full of stories of thousands of individuals who accomplished incredible things that most people would have never attempted because they told themselves “I can’t.”

Can a single mother graduate college? She can if she makes up her mind to. Can a young family on a teacher’s salary climb out of a mountain of debt? They can if they decide the financial sacrifice is worth the freedom.

Whether it’s a new job, a new child, a commitment to a relationship, or anything else that intimidates us, let’s refuse to settle for “I can’t.” If it’s something good and worth fighting for, let’s choose to fight for it.